The vast expanse of Patagonia remains mostly untouched by man, but chronic oil pollution, climate change and local fisheries still pose many risks to the region’s animal populations. The millions of Magellanic penguins that return there to breed and nest each year are no exception.

“They are the lords of this place.” says Pablo “Popi” Borboroglu, a marine biologist and National Geographic Explorer. Popi, who works with this local population, is the founder and president of the Global Penguin Society, an international conservation coalition that protects the world's penguin species.

“Most people think that there are only three or four species of penguins and they all live on ice because of movies or cartoons,” he says.

Of 18 species of penguins, only four are restricted to Antarctica. Many penguin species don't like the cold weather at all.

“The penguins that are facing more problems are the ones that have to coexist with the humans,” he notes. Popi has realized that mutually beneficial coexistence is essential for the penguins’ survival. His team promotes ecotourism and fosters conversations with governments and entrepreneurs. In many developing countries leaders want to help save species, but hard financial realities sometimes get in the way.

Still, there are victories. Ten years ago Popi and his team discovered a new colony of penguins. There were only six pairs occupying a site amid trash, fires, and pollution.

“The place was a mess,” Popi recalls. Nevertheless, Popi knew that if the penguins were able to successfully breed and thrive, the conditions were right for a long-lasting colony. So he and his team studied the area, protected it, and hatched a plan to incentivize locals.

They pushed to establish an eco-tourism operation, and worked with local stakeholders on management plans. The effort generated jobs for at least nine people—including a cook, drivers, and tour guides—and generated local interest in the penguins. Ten years later they counted almost 2,600 pairs, and the colony continues to grow.

“It’s a win-win situation,” he says. “Everybody is happy.”

Popi also firmly believes that public education will ensure lasting impact, especially among young people. Many children who live near the penguins know little about them. So he designs education programs that close this gap, teaching an appreciation of penguins and their needs, knowing that these children will someday be future leaders.

“You never know,” he says. “You can have the next president in front of you.” During breeding season, these penguins return to the same nesting site from which they hatched, but oil spills, climate change, and habitat destruction are threatening their future.
Learn more 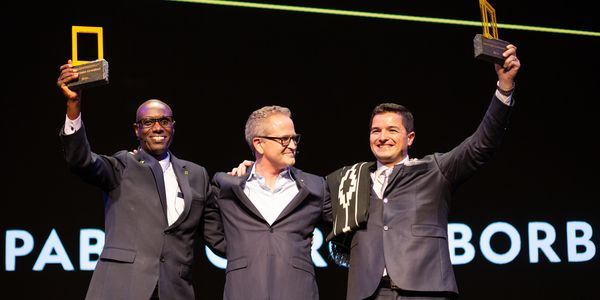