Jamal Galves, a conservation biologist and 2017 Nat Geo Photo Ark EDGE Fellow, often asks himself one question about the endangered Antillean manatees of his native Belize.

“Why don't people care enough to protect them?”

Jamal grew up in a small village famous for its manatee population. Jamal was just 11 when he happened upon a research expedition in a nearby lagoon and fell in love with the idea of exploration.

“Before you knew it, my cousins and I were playing ‘manatee rescue’ on our lawn,” he recalls.

Though just a child, Jamal boldly approached the research team and asked to join them. The leader hesitated at first, but the boy’s curiosity and passion won him over. Jamal hopped aboard.

“I was just fascinated,” he said. “And I learned so much. Then I realized that these guys are in trouble, and I decided that I'm going to commit myself to do everything that I can to conserve and protect manatees.”

Over two decades later, Jamal is now the program coordinator for the Belize Manatee Conservation program at the Clearwater Marine Aquarium Research Institute, assisting with manatee captures and health assessments. Just as important, the program educates local communities about their role in saving the gentle creatures.

The tireless efforts of conservationists like Jamal have led to a shift in local attitudes and behavior. Progress like this has only fed Jamal’s optimism about saving these manatees and getting people to do their part.

“Not everybody cares,” he says. “But that doesn't make me lose hope. I'm still optimistic that people want to be a part of something, to feel that they are contributing to change.”

“It’s one world, one people,” Jamal says. “That's the approach we need to have if we're going to save this planet.” 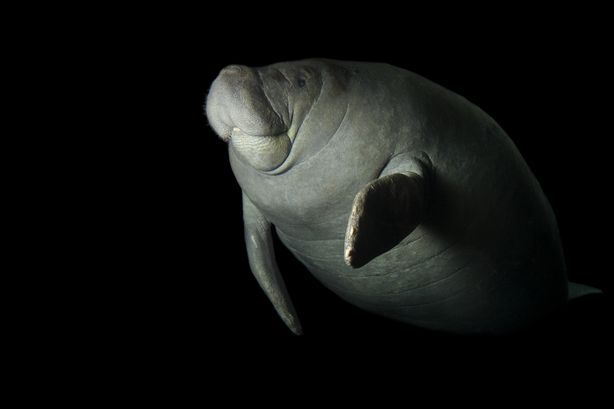 Jamal is inspiring people across the world to care enough to want to change and to make a difference in their own little way that will make our world a better place for all.
Read Jamal’s bio