Asha de Vos says that the moment that launched her career was a floating pile of whale excrement off the coast of Sri Lanka.

“That was my eureka moment,” she recalls. “I realized that these whales had figured out how to feed in these warm waters, how to feed in a place that we believed they couldn't feed in, that wasn't productive enough, that didn't support them. And that was kind of where everything began.”

“Everything” turned out to be a lot in Asha’s case. She eventually became a marine biologist, ocean educator, and TED Senior Fellow. As a child, she pored over issues of National Geographic and imagined the ocean as a magical kingdom. She was intrigued by its mysteries. She lay under the blue whale skeleton in the National Museum of Sri Lanka, puzzled by the massive creature overhead.

Now she is considered a pioneer of blue whale research. Only a small part of the world’s oceans have been thoroughly explored, and amid these vast waters roam as many as 15,000 blue whales, the largest creatures ever to live on the planet.

We forget that nature doesn't need us. We need nature.

Asha’s path was not easy. She encountered many who disapproved of a woman entering what was considered a man’s field. “I was always too young and too female,” she recalls.

Sri Lanka also offered few academic opportunities in the field of marine conservation. It may be hard to believe that the beautiful tropical island in the middle of the Indian Ocean would lack programs focused on ocean research. But when she said she wanted to be a marine biologist, people would ask, “What are you going to do with that?” In that spirit, Asha left her homeland to undertake a marine and environmental biology degree at St. Andrews in Scotland. Degrees from Oxford and the University of Western Australia followed, and she was distinguished as the first Sri Lankan with a Ph.D. in marine mammal research. But she hopes to change all of this.

“Hopefully,” she says, “through my life and my career and my work, I can change that narrative so that people who come after me won’t have to feel like they don’t belong in the field.”

These days, what keeps Asha going is the question that many in the field are also facing: how do we coexist with the rest of Earth’s species?

“We're all interconnected,” Asha says. “It's like a spider's web. If you tap one end, the whole thing starts to shake. And that's exactly what our life is like. We're so interconnected. Every species, every plant, every piece of soil or grass.”

Her lasting concern is that we’ve forgotten a fundamental truth about our role on this planet: “We forget that nature doesn't need us. We need nature.”

Though it is the largest animal known to science, the blue whale’s swimming speed made it an extremely difficult target for whalers before the steam engine. 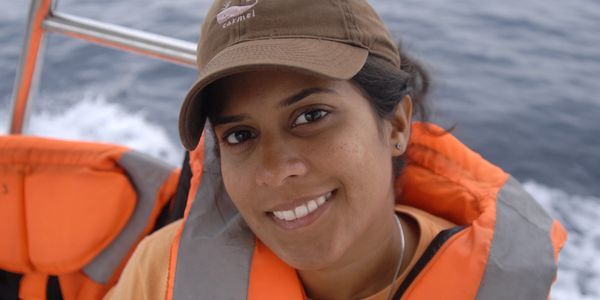 Shining a Light on Wildlife Tourism: An Interview With Asha de Vos and Martha Robbins 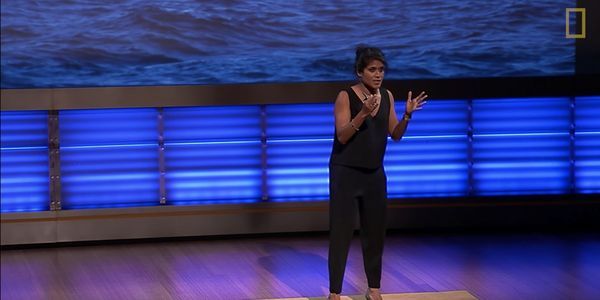