This lists the logos of programs or partners of NG Education which have provided or contributed the content on this page.

The mass abduction and enslavement of over 12.5 million Africans against their will across the Atlantic Ocean from the 16th century until the early 19th century is known as the transatlantic slave trade. Although the reprehensible practice of slavery was legal in the United States, the international transport of Africans was banned under U.S. law after 1807. Despite this, the last-know group of Africans who were forcibly taken, came to Mobile, Alabama, United States, in 1860 on the Clotilda. When slavery was abolished in the United States, the survivors of the Clotilda  could not afford to return to Africa, so they created their own small piece of Africa in Alabama, which they named Africatown.

In this unit, students learn about the experience of one of these formerly enslaved persons, Cudjo Lewis, whose words were captured by author and anthropologist Zora Neale Hurston in the book Barracoon: The Story of the Last "Black Cargo." They investigate the recent discovery of the remains of the Clotilda at the bottom of Mobile Bay, and learn what it takes to authenticate barely recognizable artifacts. Students listen to testimonies of the descendants of those who arrived on the Clotilda and discover how important the preservation of cultural heritage is to their lives today. Finally, students take on the role of a historian, making decisions on how and where the artifacts should be displayed. They develop an exhibit sketch, an exhibit brochure, and a written pitch to the Alabama Historical Commission proposing their plan for a future exhibit.

At the culmination of the unit, students are encouraged to continue their exploration of the power history can have on a community. They could develop a personal heritage museum at their own school that would highlight individual students’ ancestry with photos and artifacts. They could also research historical information about their own community and plan and produce an "Our Community: Past and Present Museum Night" for school families and the community at large.

Use this unit at a glance to explore a brief outline of the materials included in this resource.

Use this pedagogical support to inform your teaching of this project-based learning unit.

Unit Driving Question: How do artifacts and their preservation impact communities?

Lesson 1: Uncovering the Past 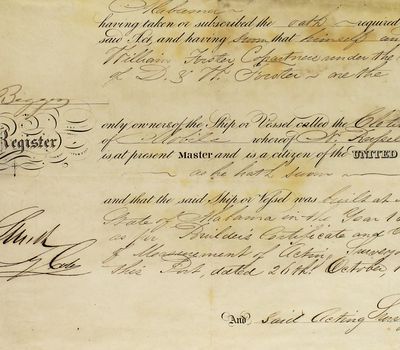 Students are introduced to Cudjo Lewis, one of the last survivors of the illegal slave ship, the Clotilda, and consider why his story is important to his descendants and others. Then, students investigate details about the Clotilda that led archaeologists to a positive identification. Finally, students participate in a Socratic seminar to synthesize their learning and connect it to their lives. This lesson is part of the Sunken Slave Ship unit.

Lesson 2: Connecting with the Community 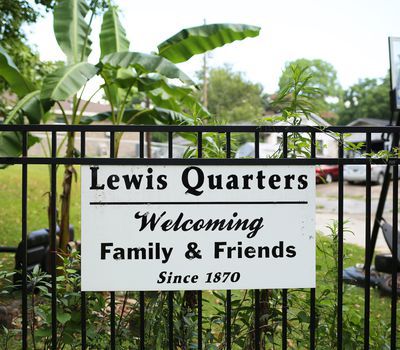 Students learn about Alabama’s connection to Benin and the varied perspectives of those involved in the slave trade. Students explore sources that illustrate the transfer of cultural traditions and identify ways in which Africatown has changed over time. Finally, students consider how a museum exhibit showcasing the Clotilda could impact the community’s pride and economy. This lesson is part of the Sunken Slave Ship unit.

Lesson 3: Preserving the Past 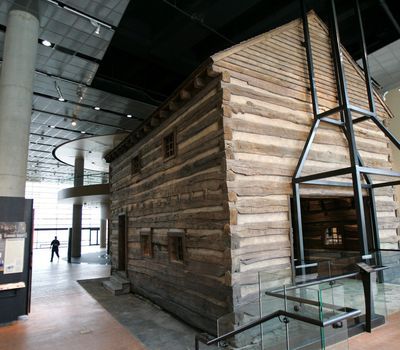 Students analyze the differences between permanent and traveling exhibits and decide which type of exhibit would be appropriate for the Clotilda artifacts. Students develop a detailed, annotated sketch that visually represents a proposed exhibit for the Clotilda and an accompanying brochure before developing a pitch to present to the Alabama Historical Commission. This lesson is part of the Sunken Slave Ship unit.

ending or wiping out of something, usually referring to the ending of slavery.

(1500-1888) exchange of goods and services from Europe and the Americas in exchange for human beings from Africa. Also called the transatlantic slave trade.

small community located about three miles north of Mobile, Alabama, that was founded by previously enslaved people, many of whom were originally brought to the United States on the Clotilda, the last-known slave ship, after the prohibition of the import of enslaved people.

organism from whom one is descended.

person who studies cultures and characteristics of communities and civilizations.

having to do with the study of ancient people and cultures.

study of human history, based on material remains.

material remains of a culture, such as tools, clothing, or food.

to prohibit or not allow.

unified or sticking together.

tool to enhance the teaching and learning process; highlighting strengths and achievements as well as areas for improvement.

children, grandchildren, and other offspring.

person who is owned by another person or group of people.

display, often in a museum.

good or service traded to another area.

area used to display groups of material organized by type.

trade of people for forced labor or sexual exploitation.

good traded from another area.

protecting an archaeological asset while maintaining its original location.

growth of machine production and factories.

having to do with more than one country.

material, ideas, or history passed down or communicated by a person or community from the past.

having to do with the area around a specific place.

tall, pole-like structure rising above the top of a ship, where sails and other rigging are held.

something designed or written to preserve the memory of an event or person.

moral characteristics and customs of a community.

having to do with the government or people of a country.

study of ancient ship construction and use.

point of view or way of looking at a situation.

present an idea or information in such a way as to gain support from one’s audience, usually in the form of a short speech or presentation, which is referred to by the same word (pitch, noun).

status of having very little money or material goods.

to maintain and keep safe from damage.

something that is left over.

to return something to its former status or quality.

cut a hole through the bottom, deck, or side of a ship.

able to support all of one's basic needs without assistance.

buying, selling, or exchanging of goods and services.

craft for traveling on water, usually larger than a rowboat or skiff.