This lists the logos of programs or partners of NG Education which have provided or contributed the content on this page.

Humans have been changing the world even before they settled into agricultural communities.  Since settlement, we have seen an acceleration in the movement of people from rural environments to urban environments and in population growth, which have increased the ways humans have made the environment work for their needs. This environmental impact has often come at the cost of migrating species. While these changes have made life easier for humans, we are morally obligated to mediate some of the negative impacts our developments have had on migratory routes.

Using games to teach content is an effective way to both educate and inspire. Over the course of this unit, students will construct elements, locate and identify human impacts on a particular region of the United States, conduct independent research, and translate that research into a map of human impacts on particular regions of the United States. They will build three sets of gameplay cards: one that teaches human impacts on the environment, one that teaches about migratory species, and one that teaches how humans have helped migrating species. They will also create a map of a specific region that shows how humans are interrupting migration and a layer for that map that shows migratory routes. Finally, students will use those pieces to create an original game by coming up with an objective for their game and rules of play.

Use this unit at a glance to explore an overview of the unit structure. 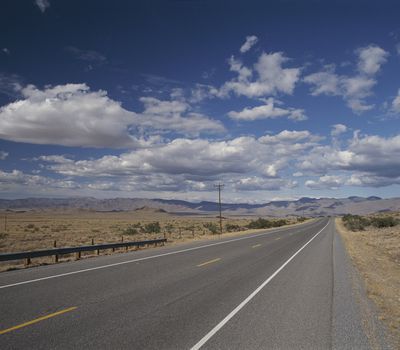 Students learn how human activity has impacted animal migration. They begin by watching a video of elk migration through Yellowstone National Park to understand what animal migration is, why elk migrate, how far they travel, and why humans should care. They then imagine themselves back in time and think about how they would adapt the land to better meet the evolving needs of their developing community. Finally, students learn more about specific ways people have altered the environment, explore one geographic area in the United States, and map the human activity in that region. This lesson is part of the Interrupted Migrations unit. 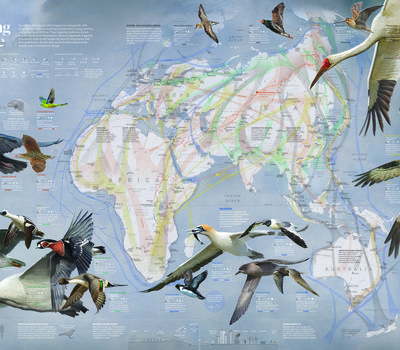 Students learn about how and why animals migrate and then take a deep dive into the migratory patterns of species that are impacted in a certain geographic area. After researching three specific migratory animals, students map their migratory routes on their game boards. Students consider how to design their game to highlight conflicts between human development and animal migration, and receive peer feedback on their initial game boards. This lesson is part of the Interrupted Migrations unit. 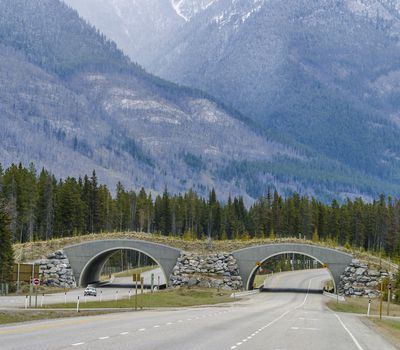 Students learn about the positive actions that help support migrating animals. Then they create an original board game that showcases what they have learned and inspires players to care about animal migration and protect migratory routes. Students test each other’s game prototypes at a culminating game fair. This lesson is part of the Interrupted Migrations unit.

migration path up and down elevation gradients.

process where a community of animals leaves a habitat for part of the year or part of their lives, and moves to habitats that are more hospitable.

to help or support.

one of the four main points of a compass: north, east, south, west.

all weather conditions for a given location over a period of time.

hallway, or connecting passage of land.

connected with one another.

dramatic migration that occurs at an irregular time or location.

an explanation of symbols and abbreviations used on a map, also known as a legend.

symbolic representation of selected characteristics of a place, usually drawn on a flat surface.

movement of a group of people or animals from one place to another.

path followed by birds or other animals that migrate regularly.

the act, process, or result of moving.

migration route that takes generations of a species to complete.

branch of geography devoted to the study of characteristics of a specific region.

group of similar organisms that can reproduce with each other.

entire river system or an area drained by a river and its tributaries.

body of water that serves as a route for transportation.

organisms living in a natural environment.

large national park in the U.S. states of Wyoming, Idaho, and Montana.