Just five years ago, it was easier to see a gray crowned crane in captivity than in the wild in Rwanda. Olivier Nsengimana, a veterinarian in Rwanda who has dedicated himself to the species, remembers it well.

Olivier says they were “everywhere--in hotels and in the gardens of private houses, captured and sold openly around the country."

Now, thanks in large part to Olivier's efforts, the illegal crane trade has diminished, and the most recent census revealed a nearly 150 percent increase in the gray crowned crane population in the wild over the past five years.

Olivier traces his passion for wildlife to his youth. "As a young boy," he recalls. "I enjoyed playing outside, watching different wild animals running in forests. I always remember these moments."

Gray crowned cranes were abundant in his childhood neighborhood, and Olivier says that falling in love with them was "unavoidable." Over the course of his life, though, Olivier thinks he has witnessed a disconnection from nature in Rwanda's communities.

"When I was little," he says. “Almost all of the stories were about animals, and they were never about hating animals, they were always about respecting them."

Now, he says, animals are often seen as enemies. 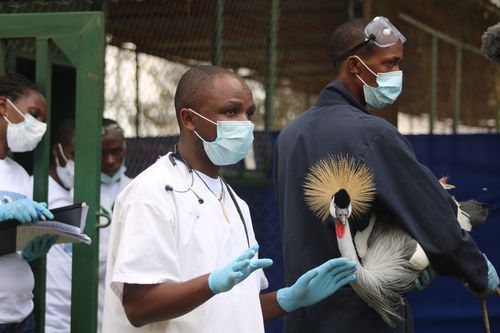 Courtesy of Michael Maguire on behalf of RWCA

Olivier's vision is grand, and hopeful. He wants "to bring back a sense of ownership and pride for wild animals in our communities. I want to inspire everyone, especially children, to take action to protect our animals and the habitat they rely on to survive. I want to create a society where animals and people thrive together."

Given his organization's success with the gray crowned crane, it may also be realistic. He sees a lesson for humans in the cranes’ behavior.

"As a group they fly together, look for food together, and dance together,” he says. “They are an example of working together, and seeing them reminds me that if I want to go far or achieve a lot, I need to work with others." 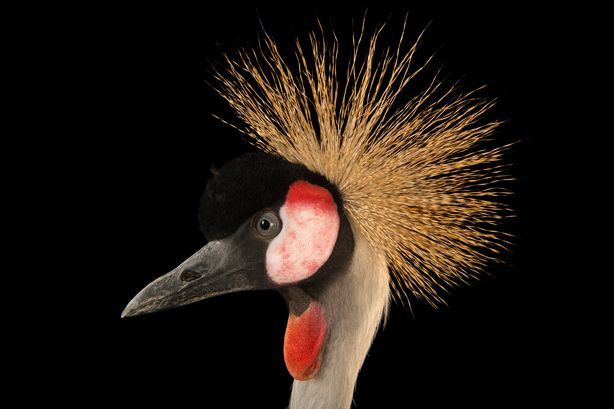 The gray crowned crane has been listed as “endangered” since 2012.
Learn more

Olivier is trained as a veterinarian.
Read Olivier’s bio 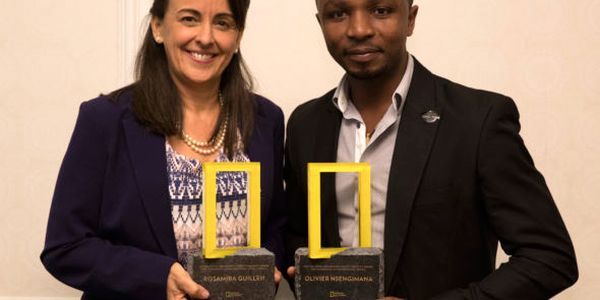 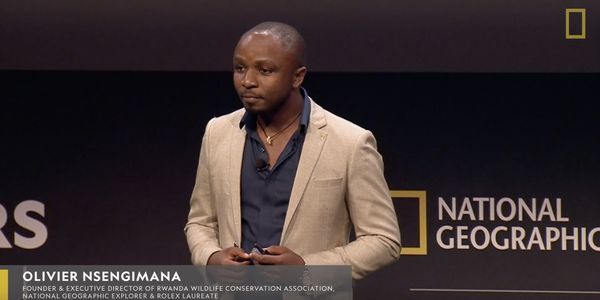