The solitary and elusive Baird’s tapir has existed for millions of years, changing very little morphologically over that time. But due to poaching, habitat loss, and climate change, the IUCN lists them as Endangered and estimates there are only a few thousand Baird’s tapirs left. Without conservation action, they may become Critically Endangered.

In the dense forests of southern Mexico fewer than 230 Baird’s tapirs remain. An explorer named Marina Rivero is working to monitor these remaining tapirs and develop a conservation strategy to save them.

Marina was born in Mexico City – a bustling city hundreds of miles away from the rural area where she now works. Despite her urban upbringing, she fell in love with animals from watching wildlife documentaries and camping with her family.

“During my childhood I always knew that I wanted to work with animals,” she recalls. “I was always interested in the why of the animals. Why they are there, or why they have this thing, or why they are this color.”

The tapirs are losing their homes as the farming communities of the region expand agricultural lands for crops and cattle. Locals also hunt them for food; one tapir can supply enough to feed a hungry family for nearly a month.

We are at the exact moment in which we have to act to change the trends.

Since 2015, Marina has been studying the Baird’s tapirs of Sierra Madre de Chiapas and training local teams in the basic concepts of biological monitoring. She and her team use camera traps to estimate populations, map their distribution, and learn more about their behaviors. These videos are also a powerful tool to build community appreciation for the creatures they share space with.

“How can they care about a species if they don't know them, if they don't see them?” she asks. She always tries to have some videos of the tapirs on hand to show locals she meets.

In 2018 she was named a Nat Geo Photo Ark EDGE Fellow –part of a program created by the National Geographic Society and Zoological Society of London to provide funding, training, and capacity development to researchers from Africa, Latin America and Asia who are working to protect some of the regions' most at-risk animals.

As a Fellow, Marina continues to ensure the survival of the Baird’s tapir.

“Species that have become extinct will never come back,” she says. “And with them go millions of years of evolution that could have helped us understand more about the history of the earth and where we came from and where we are going.”

For Marina, action on behalf of the planet is critical.

“We are at the exact moment in which we have to act to change the trends,” she says. “So the new generations can have a better world.” 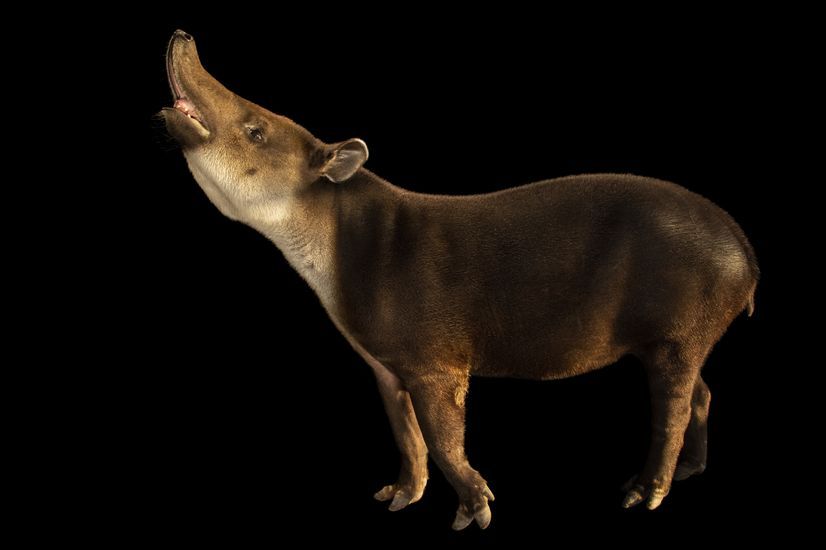 This weird and wondrous “living fossil” is endangered from hunting and deforestation.
Learn more

Marina is part of the Baird's Tapir Survival Alliance, a group of local organizations in Central America that carry out local actions for tapir conservation.
Read Marina’s bio