Fish swim through a coral reef in the Florida Keys National Marine Sanctuary, off the southern coast of the U.S. state of Florida. The Florida Keys National Marine Sanctuary is about 9,600 square kilometers (2,800 square miles). About six percent of that habitat is completely protected, in areas known as ecological reserves, sanctuary preservation areas, and special-use zones. 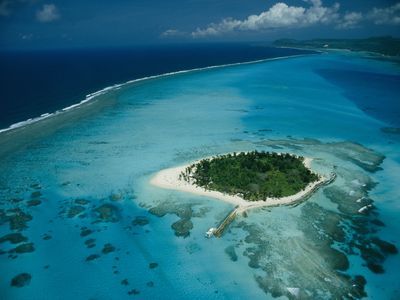 1. Have students use Google Earth to explore Marine Protected Areas.

Explain to students that a Marine Protected Area (MPA) is “any area of the marine environment that has been reserved by federal, state, territorial, tribal, or local laws or regulations to provide lasting protection for part or all of the natural and cultural resources therein.” Ask students to brainstorm reasons a MPA might be established. Write their responses on the board. Project the website Google Earth: Ocean Gallery—Marine Protected Areas on the board. Demonstrate for students how to download the Marine Protected Areas layer as a .kml file. After downloading, select the Marine Protected Areas layer, and demonstrate how to locate and explore MPAs around the world. Show students the icon they are looking for and how to examine the photos, videos, and stories that accompany each location. For tutorials and additional information regarding the use of Google Earth, refer to this activity’s "For Further Exploration" section. Divide students into pairs and assign each group two MPAs from the worksheet Pre-Selected List of Marine Protected Areas. Have each pair use Google Earth’s MPA layer to research their assigned MPAs. Tell students to draw four squares on both sides of a piece of paper, and record the following information in the four squares for each of their assigned MPAs:

2. Have students share what they learned about their assigned Marine Protected Areas.

After students have had time to record information about both of their assigned MPAs, lead a discussion in which pairs present their findings to the class. Encourage students to think about why the MPAs were established and what natural and cultural resources they are meant to protect. As students discuss their MPAs, have them mark those areas on the Water Planet Mega Map, included in the World Physical MapMaker Kit.

3. Have students compare and contrast marine and terrestrial protected areas.

Draw a T-chart on the board. Ask students to brainstorm differences between terrestrial and marine protected areas. Write students’ ideas on the board. If needed, prompt students with the following characteristics:

Explain that because of these differences, marine systems require different approaches to studying and managing them.

4. Have students reflect on their ideas about Marine Protected Areas in writing.

Write the following questions on the board and ask students to work independently to record their answers:

If students have difficulty providing alternatives that could help to protect terrestrial or marine ecosystems, provide them with the following examples: fish catches can be managed by limiting the size and amount of fish caught; certain trails may be closed for a time so vegetation and wildlife can reestablish without human interference; and some types of development, such as oil drilling, coal mining, industry, and coastal residences, may be illegal in a particular area due to the presence of a critical habitat or an endangered species.

5. Have a whole-class discussion about students' responses.

After students have finished recording their answers, tell them that thinking about difficult questions and articulating ideas in response to those questions is important to any decision-making process. Have a whole-class discussion about their responses and ideas. Encourage students to also discuss the similarities and differences between the MPAs they researched.

Review students' written responses to see how well they articulated their ideas. Be sure to identify and address any questions they still have.

Have students identify a marine or terrestrial area in their community that is in need of protection, and then write a brief article about the area. Ask students to include the environmental issues the area faces, the natural and cultural resources that are in need of protection, and any stories of local environmental stewardship projects or other human actions that have helped or are currently helping the area. 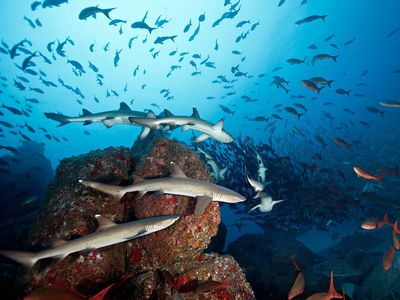 Students compare and contrast two Marine Protected Areas (MPAs) by evaluating case studies. Then they learn how the MPA classification system works in the United States and apply that system to the MPA case studies.

1. Activate prior knowledge by reviewing the purpose and importance of Marine Protected Areas.

Have a whole-class discussion. Ask: What is the purpose of a MPA? (A MPA is “any area of the marine environment that has been reserved by federal, state, territorial, tribal, or local laws or regulations to provide lasting protection for part or all of the natural and cultural resources therein.”) Ask: Do you think the establishment of Marine Protected Areas is important? Why or why not?

Give each student a copy of the Point Sur case study, Cocos Island case study, and the Case Studies Comparison worksheet. Briefly review what a case study is. Remind students that case studies are created to establish and manage MPAs. Case studies outline important information about an area’s history, geography, habitats, species, human uses, and management goals. They also describe threats to the area and explain why the area should be protected. Briefly introduce the two MPAs. Then read aloud the directions for the Case Studies Comparison worksheet. Explain that students will first independently read and take notes for each case study as homework. Then they will discuss and take additional notes for each case study in class. Answer any questions. Tell students that they should think about the analysis questions at the bottom of the worksheet while they are reading. They do not have to answer these questions until the class discussion.

3. During the next class period, discuss the MPA case studies reading assignment and worksheet.

Divide students into pairs and have them trade their Case Studies Comparison worksheets with one another. Tell them to compare their notes and add any important information that they may have overlooked. Then lead a whole-class discussion and tell students to continue adding notes to their worksheets. Wrap up the discussion by asking students to answer the worksheet’s analysis questions. Ask: How are the two MPAs similar? How are they different? Encourage students to use specific information and examples to support their conclusions. They should be able to identify similarities and differences between the MPA’s stakeholders, environmental issues, human threats, management strategies, and important species.

5. Have a whole-class discussion about students’ classifications.

Choose an appropriate local or regional marine area that is not already designated as a Marine Protected Area and have students make recommendations for classification as an MPA. Make sure students support their recommendations with valid reasoning.

Have students select one of the two case study areas to research in greater depth. Ask them to identify the industries, such as fishing or tourism, that are affected by the MPA designation and describe how the existing management plan directly affects those particular industries. 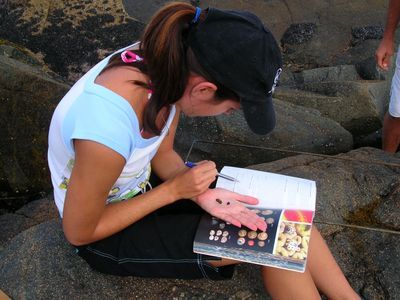 Students create posters or other media that serve as case studies for specific Marine Protected Areas. They briefly present their MPAs, answer questions, and peer-assess classmates' work and presentations.

Briefly review what Marine Protected Areas and case studies are and why they are important. Explain that they are used to establish and manage marine areas that contain important natural and cultural resources. Divide students into pairs. Using the worksheet Pre-Selected List of Marine Protected Areas, assign each pair one MPA to research and present.

2. Have student pairs research and create a case study for their assigned Marine Protected Area.

Distribute copies of the MPA Case Studies: Research Notes worksheet. Read aloud the directions. Explain to students that their assignment is to create and present a MPA case study that includes the following:

Make sure students understand all of the items they are expected to research for their MPAs. Have students begin their research with the Protect Planet Ocean: Marine Reserves Studied Around the World website. Give students time to conduct research and take notes on their assigned MPAs using additional online and library resources.

3. Have students create posters or other media to present their case studies.

Ask each pair to create a poster or other media that provides information about their Marine Protected Area case study in a quick, visually-appealing way. Use standard class presentation format or have students create an interactive poster using online presentation tools. Encourage students to enhance their text with graphics from magazines or online resources. Emphasize to students that they should not try to include all of their case study research on the poster. Instead, they should provide a visually-appealing overview of the information. Give each student pair a copy of the Peer Assessment Form: Student Gallery Walk worksheet. Explain that the rubric outlines the criteria by which they will be evaluated: design, content, organization, and creativity. Briefly discuss the criteria with students and use it to focus the creation of their case study presentations.

4. Have students conduct a gallery walk to evaluate their peers’ work.

Assign each student pair a location to display its MPA case study. Number the locations 1-16, according to the MPA list in Step 1. Read aloud the directions for the Peer Assessment Form: Student Gallery Walk worksheet. Explain that each student pair will have 20 minutes to complete their gallery walk. During that time, they will evaluate one pre-assigned MPA case study using the peer assessment portion of the worksheet. For example, have the student pair that researched MPA #1, Lundy, United Kingdom, peer assess MPA #9, Great Barrier Reef Marine Park, Australia. Then have the MPA #2, Western Mediterranean, peer assess MPA #10, California. Have students review as many other case studies as time allows. For each of the case study reviews, ask them to write two sentences about what they learned and one question they have about the MPA.

Lead a discussion about how case studies are used to represent the key characteristics of Marine Protected Areas. Ask students to share what they learned about the MPAs presented in the gallery walk. Discuss the questions that students recorded in their case study reviews. Ask students to identify the challenges they encountered while conducting their research and presenting their case studies. Ask: What characteristics made some case studies more effective and informative than others? How might different stakeholders interpret the information presented in a case study? As time allows, select one or two example MPA case studies and discuss how different stakeholders might interpret the information presented in each case study differently. Ask: Are all MPAs successful? Why or why not? Use examples to explain.

Before starting this activity:

form of problem-based learning, where the teacher presents a situation that needs a resolution. The learner is given details about the situation, often in a historical context. The stakeholders are introduced. Objectives and challenges are outlined. This is followed by specific examples and data, which the learner then uses to analyze the situation, determine what happened, and make recommendations.

area of the ocean where a government has placed limits on human activity.

person or organization that has an interest or investment in a place, situation, or company.