The National Geographic Big Cats Initiative (BCI) seeks to advance conservation efforts benefitting big cat populations, protecting and restoring them and their habitats via field-based, action-oriented, direct, and quantifiable strategic programs. The goal of this fund is to identify projects that will help reduce the decline of African big cats in the wild.

BCI conducted an evidence-based analysis to assess big cat conservation in Africa, identify funding gaps, and determine a focused engagement strategy for lion conservation funding (Jacobson and Riggio, 2018). As a result of this analysis, National Geographic’s lion population priorities have more than 50 individuals currently, either have high recovery potential or are current strongholds, are not primarily based around a trophy hunting reserve, and are primarily threatened by human-wildlife conflict or livestock encroachment. Given these requirements, 17 lion populations qualify as National Geographic lion population priorities for conservation attention. Three additional lion populations from West and Central Africa were also included, since lions in these geographic regions are genetically distinct from those in East and Southern Africa. In total, BCI has identified 20 populations (and 32 lion areas), spread across 18 countries, as National Geographic lion priority areas. These priority populations encompass nearly 1.25 million square kilometers and are estimated to contain ~19,000 lions, or 83 percent of Africa’s known lion population (National Geographic Big Cats Initiative lion priority areas highlighted in map below.). Although priority will be given to projects focused on lions, projects on leopard and cheetah populations within these 20 areas will also be considered. For cheetahs, seek to fulfill the recommendations from formal regional strategies and national action plans. 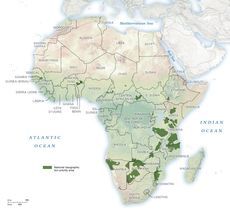 Please note: We have postponed the original deadline for this opportunity in response to global disruptions from the coronavirus disease (COVID-19). October 21, 2020, is the next deadline to submit a proposal for this funding opportunity.

Priority will be given to applicants who propose a project within one of the following National Geographic lion priority areas:

Applicants may request up to $100,000. Successful applicants may use awarded funds over one or two years. Please see the Preparing Your Proposal page regarding budgetary guidance. We do not provide funding for weapons or ammunition.

Click below to view and download a sample application for each primary project focus supported by the Big Cats Conservation RFP.

Learn more about what you will need to prepare your grant proposal
and begin your application.

Please read and verify that you meet National Geographic's Eligibility Requirements before beginning your application.