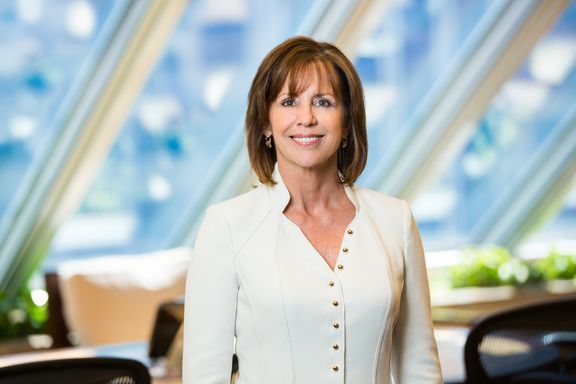 Jean Case, the National Geographic Society’s chairman of the board of trustees, is a philanthropist, investor, and internet and impact investing pioneer who advocates for the importance of embracing a more fearless approach to innovate and bring about transformational breakthroughs. Her career in the private sector, including as a senior executive at AOL, spanned nearly two decades before co-founding the Case Foundation in 1997.

In addition, Jean currently serves on the boards of National Geographic Partners and the White House Historical Association, and is a member of the advisory boards of the Brain Trust Accelerator Fund, Smithsonian American Women’s History Initiative, and Georgetown University’s Beeck Center for Social Impact and Innovation. She was elected to the American Academy of Arts and Sciences in 2016 and has received honorary degrees from Indiana University and George Mason University. In January 2019, her first book, Be Fearless: 5 Principles for a Life of Breakthroughs and Purpose, was published by Simon & Schuster. That same month, it was named a national bestseller.

Finally, Jean and her husband, Steve, joined The Giving Pledge and publicly reaffirmed their commitment to give away the majority of their wealth to fund worthy charitable causes.